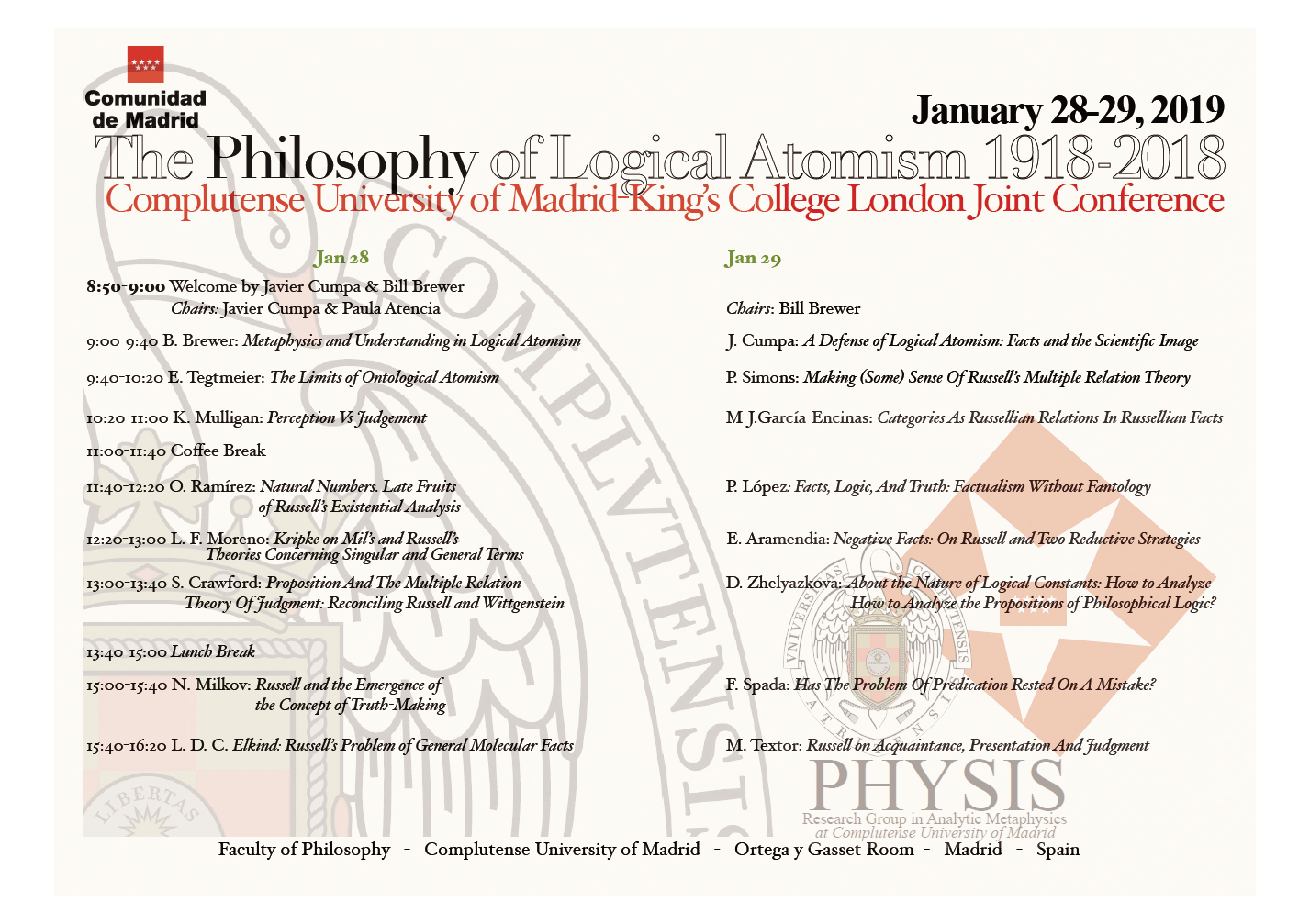 In commemoration of the centenary of Russell’s Philosophy of Logical Atomism, one of the most important lecture series in the history of analytical philosophy, PHYSIS: the Research Group in Analytic Metaphysics at Complutense University of Madrid and King’s College London invite 300 words abstracts prepared for blind review dealing with the many still salient issues raised by Russell’s lectures, including:

1    the relationships between Russell’s doctrine of particulars and the requirements of a theory of individuation;
2    lessons concerning the formulation of an adequate theory of universals that can be drawn from Russell’s treatment;
3    the adequacy of Russell’s account of facts for the articulation of a theory of truth;
4    the significance of Russell’s conception of logical constants, general and negative facts;
5    the success of Russell’s theories of proper names and descriptions in dealing with the problem of nonexistent objects;
6    the adequacy of his account of propositional attitudes for the analysis of perceptual and other mental states;
7    the nature and role of acquaintance in understanding empirical thought.

There is no registration fee to participate in the workshop but registration is required. To register, please send your name/surname, contact details and affiliation by email to jcarteseros@ucm.es no later than November 20th, 2018.